Oct 02, 2022 | A strong dollar keeps all swing traders on edge with market headwinds stronger than ever

Join our community of Swing Traders and take your trading game to the next level!

Cancel Your Membership at Any Time. What Do You Have To Lose?

Thank you! Your submission has been received!
Oops! Something went wrong while submitting the form.

As the Federal Reserve continues its long-standing battle against inflation, the U.S. dollar has been surging, causing bonds and stocks to tailspin lower. There is a growing concern among investors that the Fed’s campaign to slow inflation may be having significant unintended consequences.

While the stock market has been selling off for the last six weeks, we’re beginning to see the impacts this is having on the global market for currencies and bonds. After being criticized for being slow to take action, the Fed has been deploying its most aggressive series of rate hikes since the 1980s.

Since March, the Fed central bank has been pushing its benchmark rate toward a target of at least 3%. At the same time, we’re seeing the Fed’s plan to wrangle in its $8.8 trillion balance sheet. This process has helped remove the largest buyer of Treasuries and mortgage securities from the marketplace.

Warning from the Dollar

The U.S. dollar has been steadily rising as of late and these moves are beginning to draw major concerns from global economists. As the value of the dollar increases, global investors have been moving to higher-yielding U.S. assets in response to the Fed’s actions. This has helped strengthen the dollar while rival global currencies begin to wilt. This has helped push the ICE Dollar Index to its best year since 1985.

Historically, a surging dollar has been a precursor for a significant economic crisis. For example; past peaks in the dollar have coincided with events such as the Mexican debt crisis in 1990, the tech market bubble of the late 1990s, the housing crash of the 2000s, and the 2012 foreign debt crisis.

As the dollar strengthens, due in part to inflation, this has contributed to the destabilization of other overseas economies. This is contributing to additional inflationary pressure outside of the U.S. as well.

As inflation continues to be a major global concern, volatility levels remain high. The VIX volatility index jumped another 6% this week and has risen over 20% in the last 4 weeks. We’re also seeing a decline in the price of bonds, which has resulted in higher yield prices. This is yet another factor compounding the fear index within global markets. This may force the Fed to implement further aggressive procedures to stabilize Treasury pricing.

The stronger the dollar also has other impacts. It makes dollar-denominated bonds issued by global investors harder to repay, which could pressure emerging markets already struggling with inflation. Causing other nations to offload U.S. securities in a bid to defend their currencies thus, exacerbating moves in bonds.

‍What it Means: It’s important for investors to remember that the global pandemic has led to one-in-a-lifetime impacts on the stock market and global economies. While the Fed has worked tirelessly to slow down inflation (another impact of the pandemic) we’re watching as the Fed learns in real-time how markets will react to its ever-changing policies. As new policies are continuously rolled out to battle inflation, we’re starting to see the impacts these new regulations are having on global markets.

McDonald’s is looking to profit off your nostalgia, with the release of its new adult-themed happy meals. McDonald’s is partnering with a branding affiliate called “Cactus Plant Flea Market” to release a new marketing campaign aimed at adults. Cactus Plants… are known for their extensive ad campaigns with Nike.

The new adult happy meals will feature either 10-piece nuggets or the Big Mac. Each meal also comes fully loaded with a toy made in-house, much like the classic children’s happy meal. The Golden Arches are hoping that these ‘collectible figurines’ will be enough to draw up some nostalgia-fueled demand among adults.

This isn’t the first time McDonald’s has utilized branded partnerships. The brand made waves last April when it teamed up with a prominent K-pop superstar to help launch its Famous Orders Campaign. Additionally, in 2020, they also released a combo order based on the order preferences of notable rapper, Travis Scott.

McDonald's is also launching a new line of clothing and merchandise to coincide with the release of the new themed happy meals.

‍What it Means: McDonald’s has seemingly been around forever, but they’re continuing to advance with the times while looking for new growth opportunities. Now, they’re hoping to increase sales through adults, looking to enjoy a nostalgia-covered Big Mac. Initial reception has been lukewarm for the ‘collectible figurines’ but we’ll have to wait to see how the new campaign affects McDonald’s bottom line going forward.

Nov 27, 2022 | Mark Cuban has been making big waves in the healthcare industry with his new company. ...read more
Market Updates

RAIL is in a long-term wedge pattern. As we breakoff the bottom band, look for a run up.

AXGN is approaching the MA100, a key resistance level that swing traders will look to make a move off.

The nation of Uzbekistan was making headlines this week, after announcing that licensed crypto companies will be required to pay monthly fees going forward. These additional taxes are expected to go toward the country's total budget.

How much a business is required to pay will depend on the type of services they provide, as well as an additional base figure set for crypto companies operating in the country. This comes as the country has been focusing on implementing more stringent laws for crypto users.

What it Means: Any crypto regulation that becomes law, regardless of the country is something to note. Crypto regulation is still in its infancy, and countries are independently determining how to govern this unknown industry. It will be interesting to see what laws are passed throughout nations. 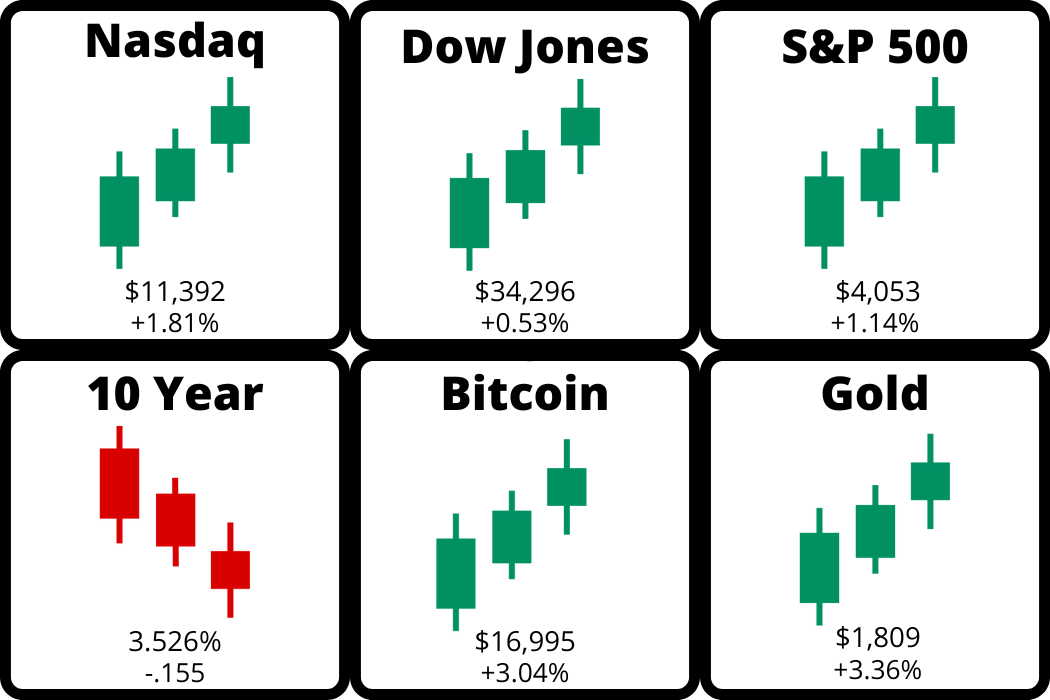 Nov 27, 2022 | Mark Cuban has been making big waves in the healthcare industry with his new company. ...read more

Nov 13, 2022 | Swing-heavy week as markets traded up on CPI print and Crypto crashed due to FTX sell-off. ...read more

“The whole is greater than the sum of its parts”- Aristotle

Our Stock Trading Club is home to like-minded Investors, Bankers, Accountants, Financial Advisors, Economists, Finance Majors, Small Business Owners & aspiring Entrepreneurs who network with each other, learn and discuss stocks, and update each other on emerging stock market news every single day.
‍
Especially for new investors, having a collaborative learning environment is crucial for long term success. In The Swing Trading Club there are NO paywalls or segmented discussions. Each and every member will have access to 500+ like-minded investors just a keyboard’s length away. So after signing up, please introduce yourself.

FMC has been on a bull run over the last month. As Swing Traders, we'll look to take advantage of the momentum and get in for a quick trade. Wait for a brief pull-back before entering. 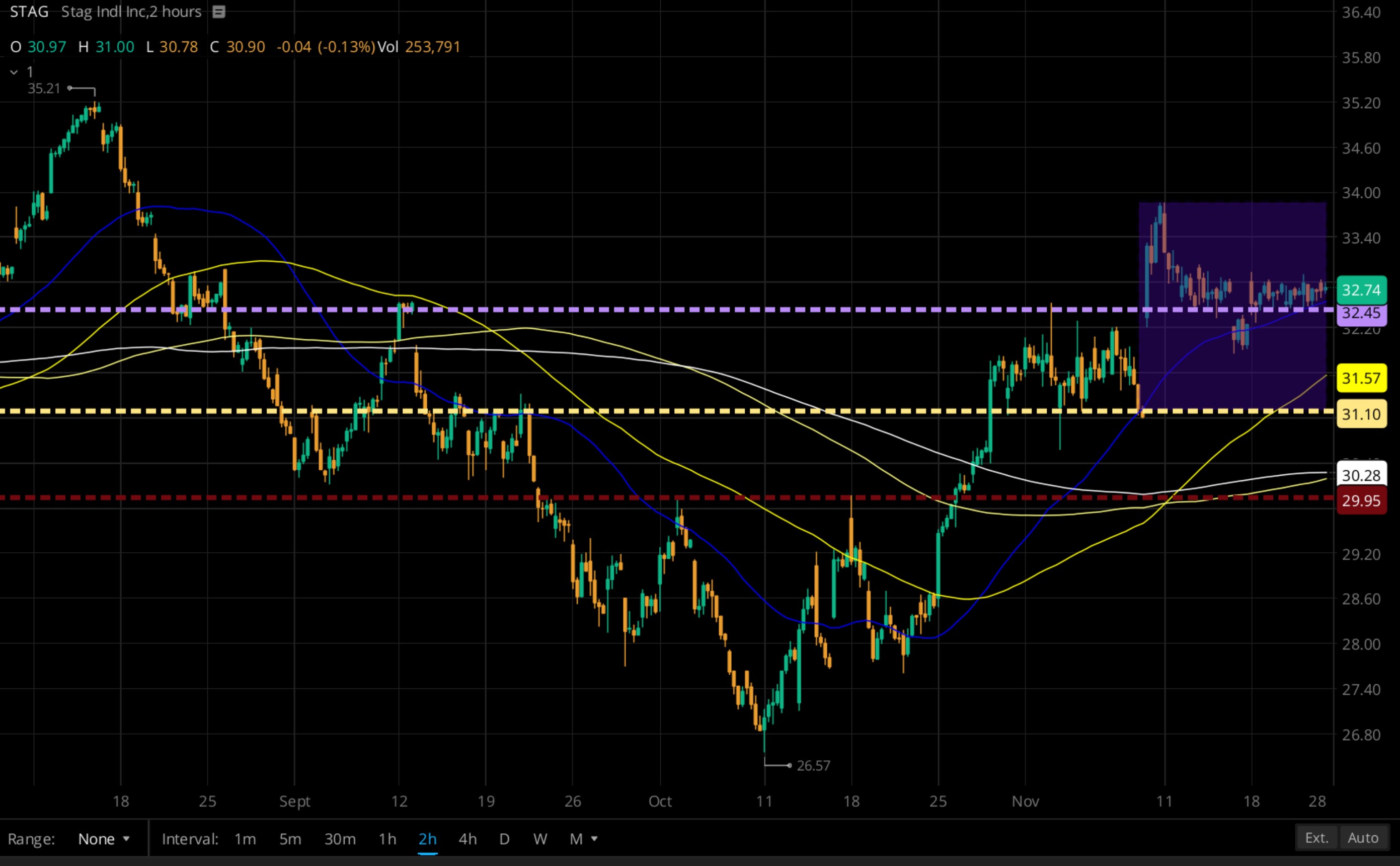 Stag is a commercial real estate holder. As investors rotate out of high growth stocks, it should see appreciation that we can take advantage of as Swing Traders. 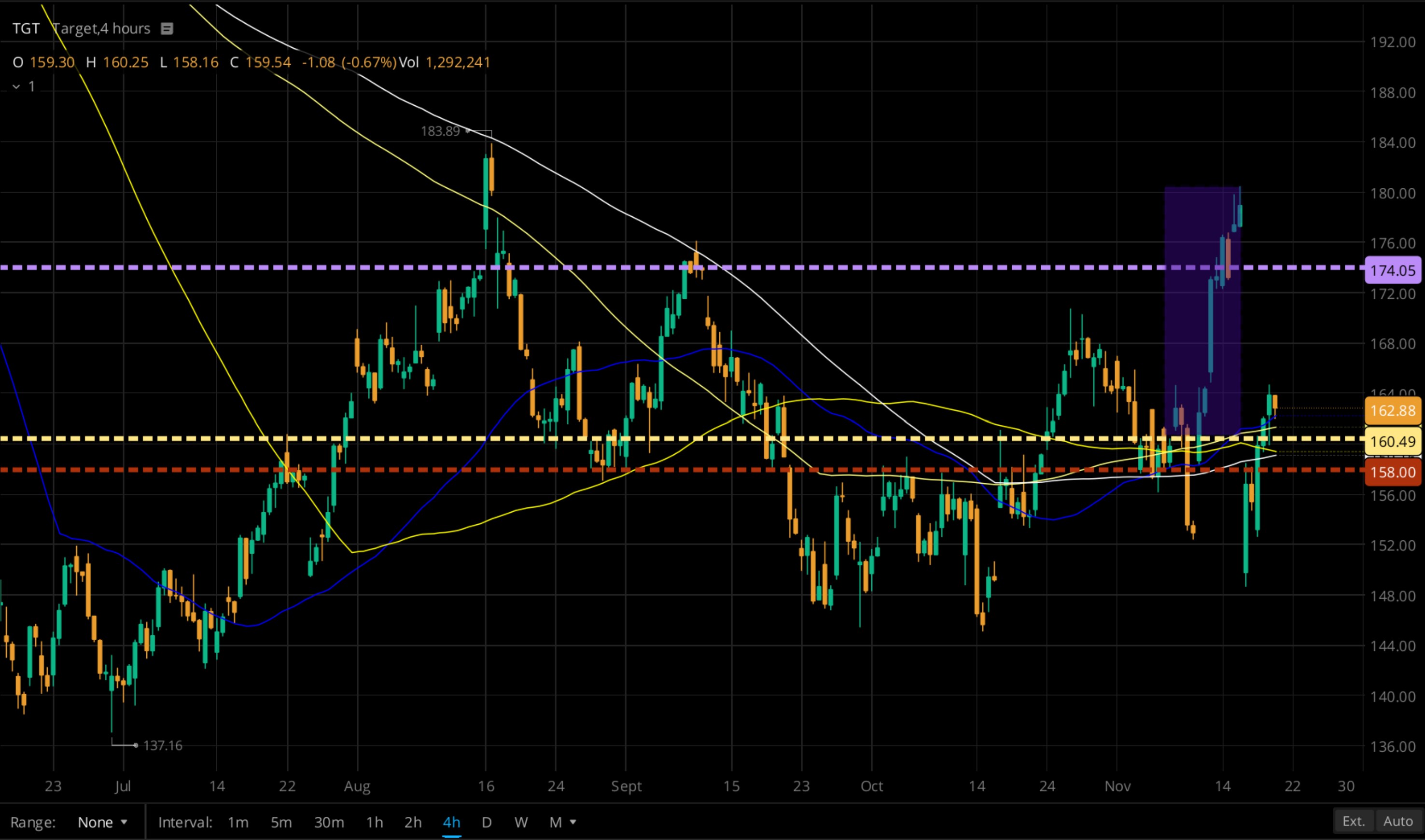